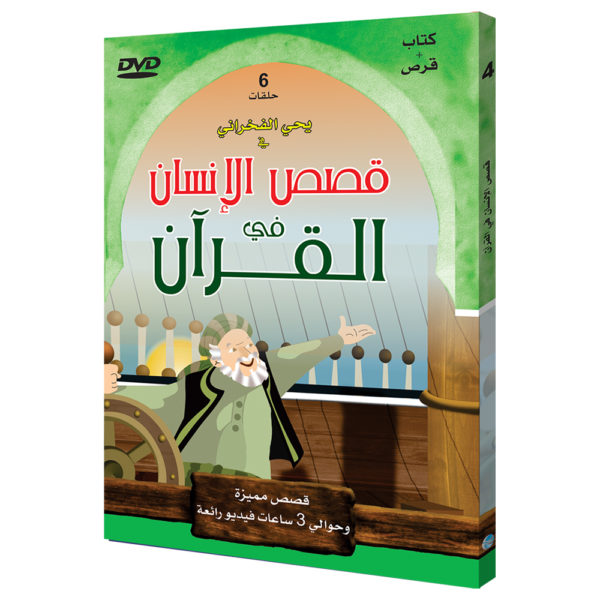 Special stories and about 3 hours of entertaining within the video
Most stories in the holy Qur’an are about the human who is the hero. Each story is different from another, but the captain Jallal El-deen, who is the hero, is a common character in all stories. In his free time, he was reading his lovely stories, and then he narrated them to Ziad. Ziad was a boy who snuck one day into the ship after he lost his family, and the captain had helped him in his searching journey. The sailors Lou’lou’ and Mourjan were the captain’s assistants, all the time they were causing problems in order to embarrass Ziad. This general circumstance gives the story a religious and educational significant.